A Real-World Example: Talking to Scripps Networks About Talking to Moms 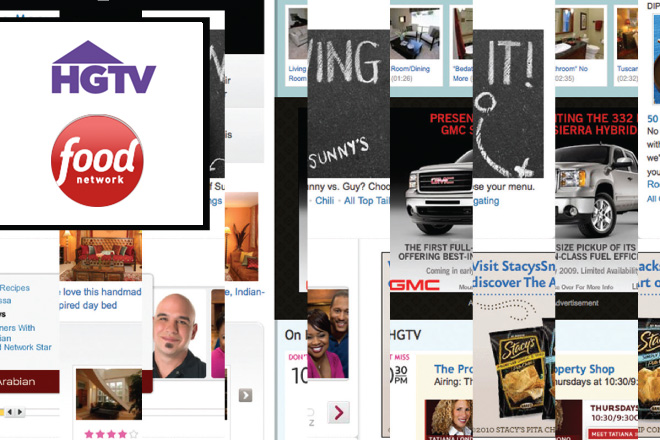 I recently sat down with Jeffery Kissinger, Vice President of Digital Marketing, and Traci Topham, Vice President of Interactive Ad Sales Marketing, from Scripps Networks about their efforts for the HGTV online brand. Their target audience includes a sizable portion of moms, as well as young women in general, so the strategies employed by Scripps might be seen as models for other brands trying to reach this demographic.

Thank you both for joining us today. I wonder if you might be able to speak for a bit about how you utilize digital strategies to engage audiences with the HGTV brand?

KISSINGER (JK): When we look at digital, we really look at the audience. They want that “now” access. With digital, you can be so many places in a person’s life almost constantly. We’re really looking at the HGTV brand, how it can be in someone’s hands whenever they want it, and what that really means.

In the end, what we’re trying to create is basically a 360˚ audience experience. so, whether somebody’s watching hgtv, visiting the website, viewing the facebook page, or using their mobile, they’re able to access and touch the brand in meaningful ways across all those platforms.

Can you provide us with an example of how HGTV is listening to its audience?

JK: We launched a TV program earlier this year with Mike Holmes called Holmes on Homes. The moment that show aired, our Facebook page lit up. People just loved him. He was the gruff teddy bear that everybody wanted on their sides. You could hear people talking about it. So, we really got behind that show in a big way, and now it’s one of the top shows on the network.

Wow, so posts on Facebook actually impact on-air programming? What other methods are you using to create that 360˚ audience experience?

JK: If you look at Design Star, obviously there’s the huge on- air component. but, the website also has an extremely robust experience around the cast and voting and video. There’ll be special video blogs from David Bromstad, who is a prior winner. Heather Armstrong will be blogging her thoughts about each episode of the show.

On the social media side, the Facebook page will get taken over by Design Star. There will be a tab for Design Star along with special exclusive videos, and live chats will be on the page during the show. On the mobile front, we’ll have an HGTV To Go app that will have the full episodes of Design Star in it. Every platform out there will have Design Star.

And with this variety of media, who is currently HGTV’s primary demographic? Is there a difference between the digital and television audiences?

TOPHAM (TT): [Online is] just a different medium. People can see digital so differently than they do on-air entertainment. I think the demographics are similar — whether it’s on-air or online, we definitely skew female — but a little different because people who are digitally inclined tend to be a bit younger.

The online side is having great success with video plays and putting out video content in syndication. [We’re] growing like crazy, and the consumption of video plays is where a lot of the growth originates. It’s actually growing faster than the number of videos we’re producing. And that’s definitely a younger audience. We’re looking at typically 25 to 54 as the primary demo that we’re after.

In that same line of thinking, have you noticed a trend in user behaviors and the desires for content in your online audience?

TT: [Users] definitely want inspiration and ideas. We found out from audience feedback that they want slideshows. They like seeing beautiful photos. That’s a very important piece for them, so we have lots of this kind of content on-site that can help provide inspiration for them. It’s just been a huge success. It’s live engagement. Designers’ Portfolio is a place on our website that gets a lot of traffic. People will stay engaged with it for 20 to 30 minutes at a time, which is incredible.

I think Moms, our demo, women, all of the above — They want solutions. They want to look at inspiring ideas via good quality photography. They want to keep up with tips and trends. They want content that can make their lives easier.

What was the thought process behind adding Heather Armstrong as a featured blogger for Design Happens?

JK: We really look at that relationship with Heather as a partnership. She is the premier mommy blogger in the world. She brought with her a built-in audience of 1.6 million twitter followers. And through her background as a professional graphic designer and a mother, she really speaks to what people are going through in this day and age. she’s able to bring that sensibility to HGTV.

If you look at some of her posts, in one she discusses “beige that isn’t boring” and wraps that around her daughter’s room. It enables her to inject pink in a very splashy way but without creating an entirely pink room — “the pink without the princess,” as she says on the blog. Another post talks about being trapped in the clutter of parenthood and how to organize your home. Her content is very real, and her audience and our audience both relate to that.

Aside from design happens, are there any other ways that you anticipate utilizing Heather in the future?