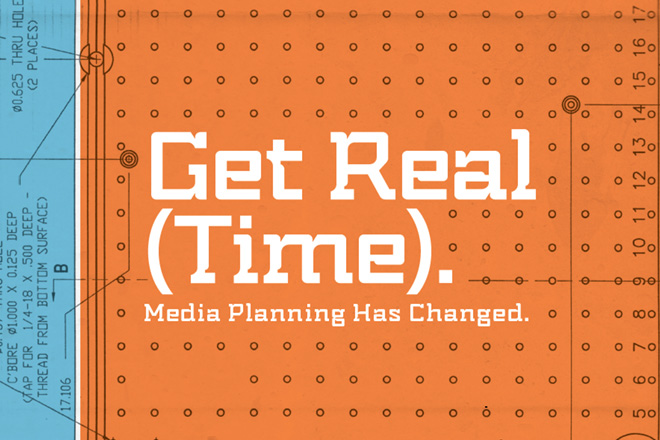 No, this is not that awful infomercial about the super speedy convection oven that can cook a whole chicken in fifteen minutes; this is the attitude that media buyers have had in the past when planning a campaign. But as the advertising world is constantly changing, so must our thinking as media buyers.

We now must pay close attention to not only our campaign, but also the world around us. While digital media is at the forefront of this movement, traditional media will catch up sooner than we think. Advertisers must adapt to this “new model” of thinking in order to stay relevant.

Although the two terms are sometimes used interchangeably, they are very different concepts in the world of media planning.

A campaign’s schedule or flight is the allotted length of the campaign itself. If a brand is running a campaign from May 1st to June 1st, that range is considered the flight (or schedule) of the campaign. The schedule a campaign follows usually does not pose potential issues unless a company is being particularly insensitive or careless. For example, if we lived in a country that celebrated a national Superman month, it would probably not be wise for the largest producer of Kryptonite to run a campaign that month. Luckily, most brands are smart enough to dodge these types of scheduling mishaps.

How does “time” differ from “schedule” or “flight”? Time is what’s going on in the world during the campaign. You cannot see, control, or predict time in this sense. And unfortunately, time will not always be on your side. Time is what can make digital placements a marketing disaster. Thus, this is how digital campaigns fit into the realm of real-time marketing. Knowing your placements and site lists are vital to the media planning process, especially if your campaign is running on volatile sites such as news or media publications.

This does not mean brands should plan a campaign in a paranoid manner, but rather assess the risks going into it. By partnering with networks and publishers who are transparent, a lot of this worry can be alleviated. When brands are sensitive to time vs. schedule, they can win by paying attention to what’s happening in the world around them.

Constant observation is your BFF.

Utilizing digital media as a function of real-time marketing can turn online display ads into a function of PR, much like social media. In time-sensitive situations, online media should be treated with the same care and strategy as social media by altering its message and, more commonly, pausing during a time of incident. This is why constant observation of your campaign and, more importantly, the world, is crucial for real-time marketing.

For example, if an airline has an issue with one of its aircrafts that causes controversy, chances are their social strategy will change. I’m here to tell you, so should their media. One of the many advantages of digital media is its flexibility. Digital media can be paused and altered with a single email or phone call.

Last year, many brands and companies were hit by this unfortunate situation—the travel industry being one of the biggest offenders. In most cases, many of these ad mishaps are humorous, and most consumers will have a quick snicker at the irony of a poorly placed ad and move on. But as we all know, it can take one ad being in the wrong place at the wrong time that will cause a brand a major headache. While these accidents are avoidable, they are not 100% preventable.

If the timing ain’t right, don’t do it.

All of this talk about disasters and PR nightmares may seem like a ploy to convince brands NOT to take advantage of digital media, but there is always another side to the story. The flexible nature of digital media can make real-time marketing an advantage should your brand make the effort (and have the resources) to be reactionary in a relevant way.

The Super Bowl is a perfect example of real-time marketing at its finest. Anyone watching this year’s game knows the real winner was Oreo. Even though they took advantage of this opportunity via their social media properties, this same type of thinking can be applied to media planning as well. Oreo had creative staff on hand waiting (or should I say hoping) that something big would happen. Then the lights went out. Boom. Commence “Black Out” ad. Oreo had a $1 million media spot during the game that was soon forgotten once its “Dunk in the Dark” ad was tweeted out.

Planning ahead with multiple creative assets can make media planning more challenging, but in return, more engaging. Real-time ad creation will most likely become a reality before we know it. Who knows? Brands and agencies may even start having first, second, and third shift teams on deck during major campaigns. We are now in a world where consumers view brands as a person who never sleeps. Now, we (brands) have to act the part.

Bonus Point: Just because your brand is keeping up with current events and trends, doesn’t mean it’s always appropriate to utilize real-time marketing. Media planning with a reactionary nature can be extremely beneficial if it’s implemented correctly. Don’t join a conversation just because everyone else is talking. If the timing isn’t right or appropriate for your brand, sit this one out.

A vital part of real-time marketing is knowing when it’s not the best time to speak to your consumers. Should your brand decide to join a conversation, be sure to join it promptly. Joining the party too late is just as big of an offense as joining one you weren’t invited to.

It’s time to get real.

Consumers are numb to advertising. Not to ruffle any feathers (including my own), but it’s true. Consumers no longer react to or are affected by “sales-y speak” and flashy graphics. They want to communicate and connect with brands on a personal basis. They want relevant content and modified results. And what the people want, they get.

That’s why digital media has advanced so much in the past decade. Ads now are tailored to the consumer who is willing to interact with them IF and only IF it’s relevant. Gone are the days of assumptions. We may never be able to reach everyone with the most relevant content at the most opportune time, but we’re getting closer ever y day. By using digital media as a function of real-time marketing, brands are getting better at making a personal connection with their consumers. Done correctly and in a clever manner, brands can win big and make a lasting impression.

Effective media planning for real-time marketing has a recipe. It’s 2 parts science, 2 parts art, 3 parts creativity, 2 tablespoons of caution, and one teaspoon of luck. And, like in anything else, practice makes perfect. The more experience a brand has, and more importantly the stronger relationship they have with their consumers, the better and easier media planning will be.

As a media buyer, there is only so much you can control. But you can prepare. Do your research, know your audience, remember time, not just flight, and stay involved. Media is a living, breathing thing, and should be treated as such. If you stay involved in your campaign and pay attention to the world around you, the chances of you dodging a media bullet are much greater. Time will never change, but technology and brands will get smarter, making media as a real-time marketing function a possibility.

So get your running shoes on—advertising no longer waits on consumers to chase them. We are doing the chasing. Real-time marketing can be a big win for your brand and can make a real difference in how you communicate with the world.

Native Advertising Can Be Intrusive, But Doesn't Have to Be