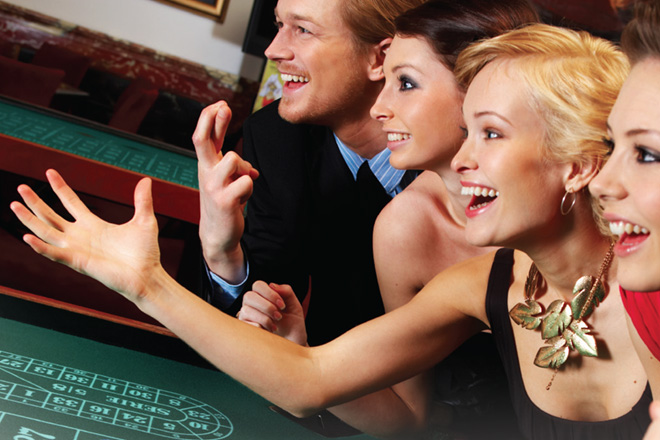 Launching a social media campaign on a new channel can be a nerve-racking process for any company, no matter the size. It is becoming clearer every day that companies can benefit from being active on social media platforms. However, with any new marketing or public relations campaign, there is some risk involved. I won’t lie to you and tell you that social media is a foolproof way to market your business. Truth is, social media can be the most risky of all marketing ventures if managed incorrectly. If used properly, though, social media can be the single greatest investment a company will ever make.

There are many things to consider before launching a social media campaign, the first of which is always the audience. Always, always, always know whom you are talking to before you start talking—and tailor your message accordingly. Even more importantly, you must not forget to listen, I mean really listen to those you are trying to reach. Remember: social media is, well, social. This form of media is not about sending a one-way message and walking away hoping it was heard. It’s about communicating with your audience in a two-way dialogue. So, plan on engaging in a conversation with your target audience.

The next thing to consider is what exactly you are trying to accomplish with your social media efforts. Like any good marketing plan, you first need to determine your goal. Always begin with the end in mind; don’t simply start tweeting because someone told you it would help your business. Is the end goal trying to increase brand awareness? Are you looking for feedback from your target market? Or, perhaps you want to launch a new product, and you’re looking to energize your current client base and increase sales. Each of these goals would require a different social media tactic.

Once you have defined your goal, take a look at the various social platforms available to find the right one for your consumers and your goal. Then, build out a channel strategy that best fits them both. For example, if you are looking for advice from your consumers, ask for their opinions in locations that they already frequent. Listen to what they think would make your business better.

Starbucks’ MyStarbucksIdea.com is an ultimate example of this type of social media engagement. Starbucks launched a platform for consumers that enabled them to submit their ideas about what they think would make Starbucks coffee shops better and that also allowed all viewers the ability to vote yea or nay on the ideas that were submitted. This empowered their audience to have a voice in the day- to-day operations at their favorite coffee shop. Starbucks then reviewed and implemented some of the winning ideas in their stores, and consumers saw a real change. This is a key point to remember: if you ask for consumer involvement, you have to be willing to take action based on the feedback. If you don’t, your company will likely suffer a negative social backlash that can wreak serious havoc on your brand.

Once you have decided to whom you are talking, the message you are trying to get out, and the appropriate channels to use, the final step is to take action. Sign up for your Twitter accounts, create your Facebook page, join LinkedIn—just get out there and start the process. Just creating these properties isn’t enough; you must actively participate in them. One of the worst mistakes to make is to create several properties and then walk away and let them sit. You must keep them updated and respond to questions and “friend” requests. It’s a big commitment and one you should be onboard with before you put your brand out there in the social media landscape.

Once the ball gets rolling, always be sure to listen to the consumers because they are always listening to you. Keep in mind, it is their turn to talk now. Consumers will take your message, mash it up, stretch it, pull it, and reshape it according to their interests, and there is nothing you can do to stop them. Remember also that this dialogue is occurring whether you are a participant or not. The benefit from becoming a participant is that you are now in a role where you can encourage, engage, educate, and excite rather than being left out of this dialogue. You should welcome feedback, participation, and co-creation. Develop a relationship with the social communities, and consumers will provide you with invaluable feedback and crowdsourcing opportunities.

Implementing social media takes time and lots of it. You must continually stay involved with your audience, take time to listen, and voice your own opinions. Constantly surfing the web and browsing through networks can be a strenuous job, but it’s one that’s well worth the effort in the end. The challenge of executing a social media strategy, however, might prove to be more than you’re capable of handling internally. If this is the case, you can still be social by partnering with a third- party agency that understands the nuances, demands, and etiquette of social media.

An agency, for example, can help you pinpoint where your target audience can be found in the social sphere. Working alongside you, the agency can help refine your strategy and make sure you have a plan in place that can return the optimal results for your efforts. An agency can also get its hands dirty and handle the “care and feeding” of your social media efforts. It can work with you to create the content you’ll need to keep your social media pages updated with relevant material. And, they’ll have the experience and expertise to help you find the right social channel for your brand message.

HOW TO CHOOSE A CHANNEL

There are so many different social media outlets to choose from that the obvious question is, which one do I use for my business? Unfortunately, for such a simple question, there is no simple answer.

Choosing a channel starts with the same effort from your initial strategy planning: knowing your audience. This consideration goes beyond consumer demographics and involves more in-depth psychographics as well. More specifically, you need to know how and where your target audience uses the Internet. What websites do they frequent? Who do they follow on Twitter and/or subscribe to on YouTube? How often do they visit these sites? The necessary research must be done to understand your user base. This crucial mining of information again comes down to resources, and before enacting a plan, you should evaluate the staff and tools you will have available to effectively and accurately unearth all the needed consumer data. This kind of research requires a level of expertise that might not be available on staff, so turning to an agency that specializes in interactive marketing, including social media, might be worth considering.

With the research in hand, you’re ready to look at the social media outlets and compare them against the messaging collateral you have available to send. For example, if you have video ready to go, a likely channel for your efforts would be YouTube and/or Facebook. If you want to spread your message with images and pictures, then perhaps Flickr is the best choice. If you have limited or no existing messaging materials, and you just want to spread your message through word-of-mouth, then Twitter and Facebook would probably be the better channels. Be sure to determine what it is that you would like to share first, and then find the network(s) that fits best.

For example, Woot.com, the classic one-deal-per-day website, recently wanted to relay a simple, recurring message to its audience that a specific item would be for sale for that particular day. The marketing team discovered Twitter to be the best method for Woot’s message because it’s quick, simple, and had the demographic volume they were looking for. Retail mogul Target, on the other hand, wanted an outlet where they could display their latest promotions and request feedback, so they focused on Facebook with hopes of reaching some of the 200 million people who have a Facebook profile.

As with any form of advertising, there are rules and best practices you should follow to avoid the risk of making a critical error that might spell social media disaster. There have been many attempts to use social media marketing that have backfired and turned into negative publicity. In every social media experiment gone wrong, the company broke at least one of the best practices guidelines.

Sony, for example, made a huge blunder with their “All I Want for Xmas is My PSP” campaign. They made a fan site supposedly created by two kids who desperately wanted a PSP for Christmas. The mistake Sony made was that they lied about their identities and were quickly found out. Once the lie was called out, the blogosphere went wild, and the entire advertising campaign was ripped to shreds, leaving Sony with egg on its face. Sony’s misstep illustrates why it’s always best to be perfectly upfront about who you are and why you are participating in social media.

Wal-Mart took a misstep in social media when it launched its first Facebook page. The company saw Target’s success on Facebook and wanted to compete in the social media world. Wal-Mart launched its page but had the discussion board disabled. This caused the page’s wall to be inundated with posts written in all caps, detailing why users hated Wal- Mart and why they thought the company was so evil. Worse yet, the company never participated in the discussion themselves and allowed the negative banter to cover its page. Wal-Mart’s Facebook page has fewer than 15,000 fans compared to Target’s Facebook page with almost 470,000 fans. The main difference: Wal-Mart isn’t participating in the conversation, which is a no-no in the social world.

Fortunately, there are many success stories in which companies have used social media and reaped big benefits. By following the best practices of social media, companies have entered this marketing realm with minimal risk. Here are just a few of the guidelines to keep in mind that can help you avoid the pitfalls associated with a social media campaign:

While the challenges are many, don’t let them scare you from trying a social media campaign; done right, you’ll receive a payoff for all of your hard work. To guide you along the way, agencies that know social media can make sure you won’t miss out on the marketing lift that a good social media presence can provide. There is risk involved, but careful planning, an understanding of how to engage in social media, and the ability to do so the right way will lead your brand to the social media promised land.

Keeping Your Data to Yourself

The Emergence of Integrated Tracking