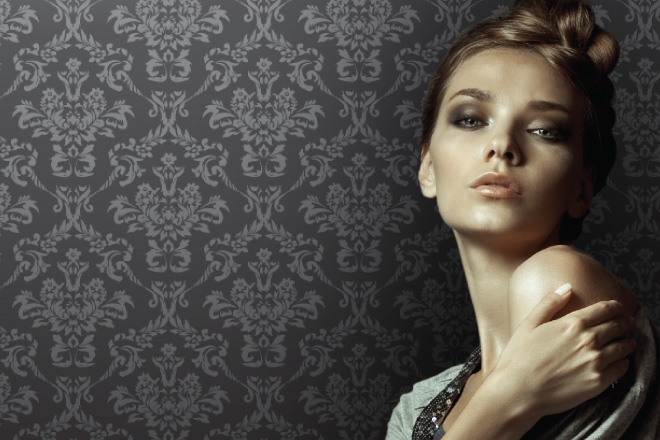 Why hasn’t fashion jumped into the social media sphere before now? It’s possible that fear of the unknown could be causing the hesitation. The limitless potential of the digital realm is daunting; however, fashion’s transition onto the social scene represents the passing of a torch, a transition in which the vast majority of consumer influence has moved away from fabulously dressed designers and retail executives and toward the bloggers, tweeters and fans at- large. And, for an industry that has long since existed behind the blinding light of flash bulbs and glossy magazine ads, the shift means a reinvention of how the industry builds relationships and ultimately drives consumers to flagship stores.

The opinions of high-fashion designers and world-renowned critics still have their place, of course. Only now, these individuals are opening channels for consumer feedback. The Internet and social media have opened the door for direct consumer communications and have facilitated the growth of a much more significant source of fashion advice: other shoppers. After all, when wondering if an outfit looks good, we are more likely to turn to friends before consulting the latest issue of Vogue—a fact proven by Universal McCann last September. Of the 17,000 surveyed for this study, 45 percent claimed to have provided online commentary about their fashion tastes, which were in turn read by over a third of their community participants.

Of course, the product is the epicenter of any social campaign. That’s the beauty of social media: Even with the input of millions of users, the connecting factor is still the branding that initially drew them together, the relationships cultivated between consumer and marketer. The fashion industry is no exception. Some luxury brands, like Burberry and Chanel, created their own social media networks and interactive website content in order to maximize immersion, drive brand messages, and simplify online transactions.

Brand-exclusive social media networks, used in coordination with or independent of other popular social media outlets, like Facebook, are effective in driving sales due to their tendency to create loyal consumer groups. These are consumers who rely on their favorite brands for products, information and communication. And that’s what it’s really all about— loyalty. We don’t take just anyone shopping with us, only the friends we trust to tell us when we’re wearing something that isn’t quite flattering. Thanks to social media, fashion designers are rapidly becoming the friends we’ll be bringing with us into the fitting room.

The biggest names in fashion aren’t just making their presences known—they’re reinventing themselves as an experience available to anyone.

Users crave behind-the-scenes footage; they flock from one social property to the next, communicating with like-minded consumers and hoping to engage with brands beyond what’s offered through mainstream channels. By integrating their brands into the social experience, fashion marketers can appeal to lovers of the industry, who can make their favorite brands as much a part of their online lives as they are offline.

But, what of the traditional glossy magazine affairs that once heralded the new season’s styles in all their elegant glory? It would seem that their popularity is waning. Forbes has shown a nearly 50 percent drop in ad sales in September 2009, a critical month for the industry. This reflects a trend of marketers shifting their ad budgets away from traditional media. Similarly, Forrester reports that across multiple industries, 60 percent of respondents claimed to be funding their social media campaigns by reducing the budget of traditional media. Even for an industry that has remained unchanged for decades, social media is proving to create more impassioned consumer response through on-demand and in-depth content, with fewer restrictions and more personalized interactions.

LOOKING GOOD NOW AND IN THE FUTURE

There is more to looking good than you might think. In fact, when we get dressed in the morning, we make a series of analytical decisions that consider our personal preferences, life experiences, employment regulations and social standards—even if we rarely acknowledge them consciously (which at 6 a.m., we likely don’t). But, the significance of those decisions is the core of what makes fashion such a perfect industry for social media: fashion is an integral part of our social interactions.

We use fashion to convey everything from age, race and cultural integrity, to financial fortitude and marital status. Using fashion, we broadcast who we are to others well before we ever meet them. So, it just makes sense that we’re now using the Internet to have these same conversations in real-time and with a bigger audience. Despite arguments that the move is long overdue, the fashion industry’s success in the world of social media will only continue to grow from here.

HOW TO MAINTAIN EXCLUSIVITY DESPITE BROADER, INTEGRATED MESSAGING

The fashion industry has always been leery of revealing too much too soon—and with good reason: secrecy has been integral in maintaining originality. This is why social media campaigns tend to focus on enhancing and customizing already available products in order to maintain the allure of exclusivity for luxury brands. It’s a way of bringing the brand message down to the consumer level.

In addition to developing interactive campaigns that utilize the top five major players in social media (Facebook, YouTube, Flickr, MySpace and Twitter), luxury brands have reached out to third-party sites, such as StyleCaster and Polyvore, to create truly unique experiences. These, in turn, increase page views and the number of completed transactions. Juicy, for example, utilizes a personalized outfit creation tool that has driven participants to buy 162 percent more often than those who do not participate in the interactive portion of the site.

How to Measure Today’s Effective Creativity

Multiple Touches Get Us All Worked Up