Small Type. Big Ideas. The Basics of Writing a Script 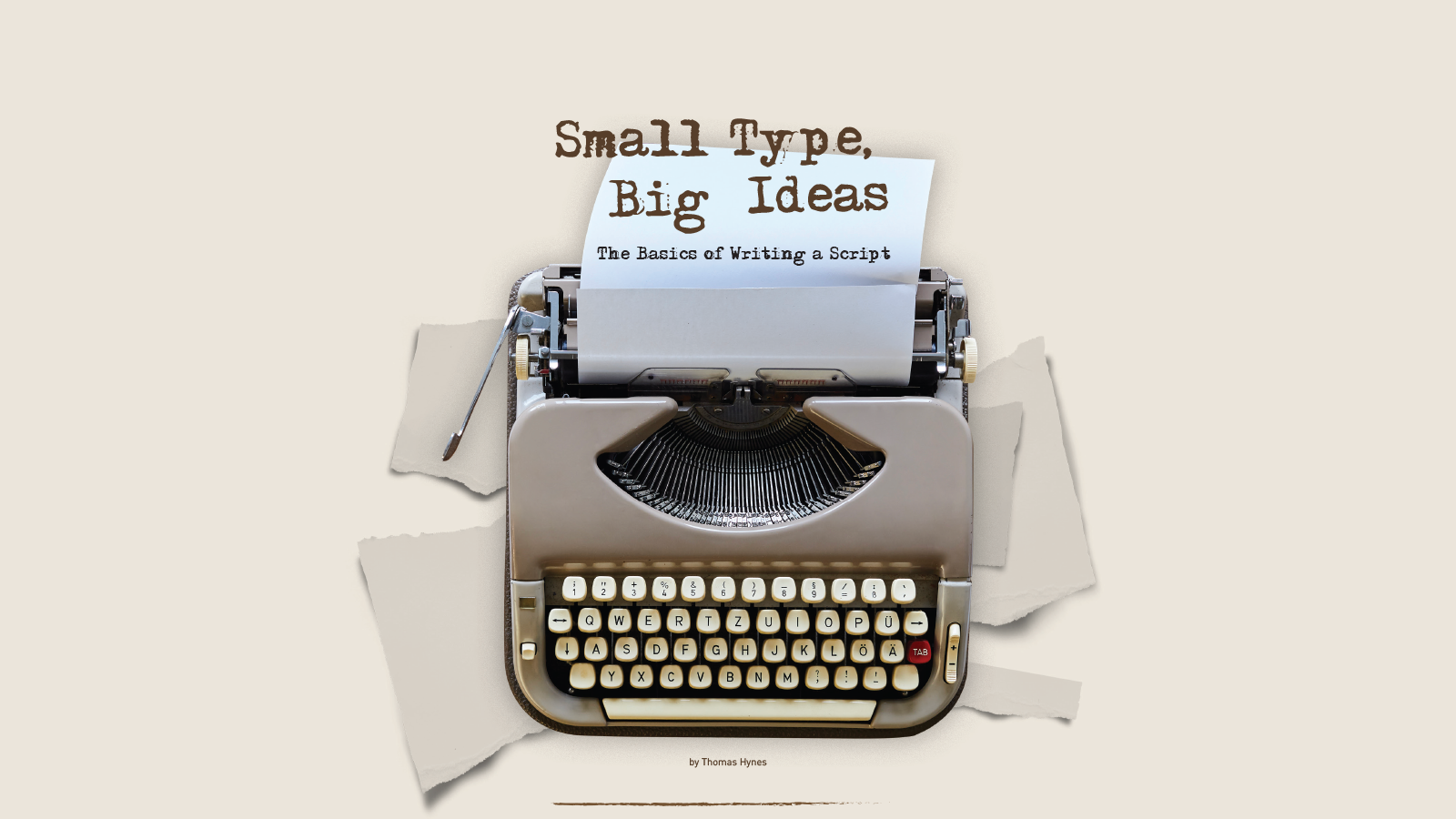 Making a great video takes both planning and preparation. No matter how excited you are for “Lights! Camera! Action!” you first need a roadmap that gives everyone in the cast and crew details they need for a successful shoot.

That roadmap is a script and is the backbone of any well-run video shoot.

A good script functions as a blueprint – making small tweaks on set isn’t uncommon, but a strong script is essential to guide your team through a shoot-day.

Most scripts have three basic elements:

Each new scene begins with a new slugline, sometimes called a “scene heading.” If your video is on the shorter side, it may only have one scene and one slugline. No worries! Many great videos are one scene.

Here’s an example of a slugline:

It’s taking place inside (INT for interior), in the Batcave, at night.

Pro tip: if you’re somewhere that is inside and outside at the same time (like a car), use I/E for interior/exterior.

The second part of the script is the action line. These should be short, assertive sentences describing who is in the scene and what the actors doing. Action lines are written in present or active tense (since we’ll be experiencing the action on-screen.) The action should always be limited to what an audience can see and hear –  this isn’t a novel, so you can’t go into what a character is thinking or feeling. This is video, so show – don’t tell.

Here’s an example of an action line:

You may notice “Bruce” is capitalized. Whenever a character is first introduced, it’s common practice to capitalize their name.

And finally, we have the dialogue. Format however you like, but it’s usually considered best-practice to have the character’s name centered in the page with the dialogue tabbed over. If this seems like a bit much, there’s script software such as Celltx or Fountain that do the formatting for you.

If that formatting seems like a headache and your script is short, you can format your dialogue to be left-aligned.

Here’s how the whole script would look together:

These formatting details may seem small, but they help inform the cast and crew of locations they should scout, set details they’ll need to provide, actions to catch on camera and dialogue that needs to be read. An easy-to-read script that has all the essential elements of the video is the difference between a one-day shoot resulting in a great product, and an expensive, week-long shoot resulting in disappointed.

Making a video is a creative experience, and creativity thrives with collaboration. Listen to any notes from your director or actors – they might have small improvements to your script that could make the end result better.

What the Algorithm Says

The Power of the Cord-Cutter