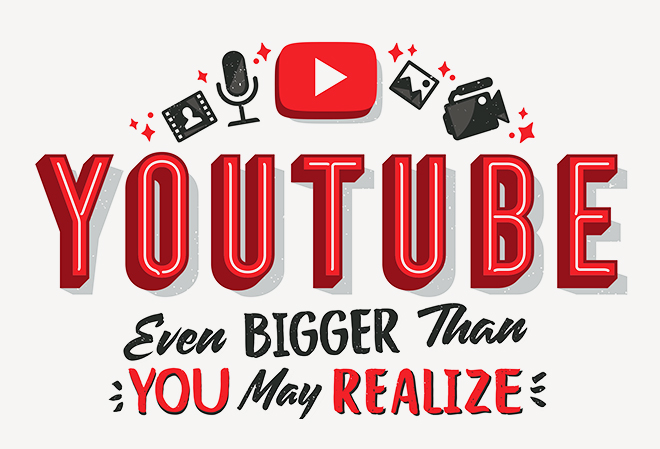 It all started with Janet Jackson’s infamous wardrobe malfunction at the Super Bowl XXXVIII. This moment was one of defining cultural moments shared by just about everyone in 2004. Yet, it was challenging to find the original broadcast video online. People didn’t have a good way of searching, sharing and streaming videos.

Seeing the need for a way to share Janet Jackson’s awkward moment with the world was the inspiration for YouTube, according to Jawed Karim, one of the three former PayPal employees who founded YouTube.

Karim and his co-creators, Steven Chun and Chad Hurley, were right. There was a need for a video sharing site — a very large need that had yet to be addressed.

YouTube’s growth as entertainer, educator, marketing platform, political and social tool cannot be overstated. Every day, homeowners search how to replace a garbage disposal, pre-teen boys search for tips on how to kiss a girl, a political activist shares their message with the world and a software company launches a new product promo video. It brings everyone together by empowering everyone to create and share their content.

In 2005, less than a year after YouTube’s official launch, the site was receiving 65,000 new videos uploads a day, along with over 100,000 million daily views. By 2013, 100 hours of content was being uploaded every minute. Just one year later, the numbers have risen to 300 hours of video uploads every minute and 800 million monthly users. As I write this, YouTube is the third most popular website in America and the second most popular site in the entire world.

I believe YouTube will be the most powerful publishing platform in history, when all is said and done. The amount of information distributed in the last decade and the egalitarian nature of YouTube is on par with the significance of Gutenberg’s printing press.

YouTube offers three, central advantages to digital marketers in 2016: It’s video-based, it’s mobile friendly and it’s programmatic. I will throw in that it is widely popular, and my personal favorite website to visit. YouTube is also the second largest search engine (after Google).

How do you make these advantages work for your brand?

Start hosting your website videos on YouTube. There is a time and place for other hosting sites, but YouTube's video player, SEO benefits and features it far and away the best option.

That have massive subscriber bases to promote your products. This is the new media buy.

Pre-roll ads and other featured content places on the site, like suggested videos. After all, a study by Google found that YouTube's ROI on ad buys is greater than that of television.

Elieen Naughton, Google's UK and Ireland managing director, stated October 2015 that "Advertisers reach their target audiences far more efficiently by adding YouTube to their media plans...especially the hard reach of 16 to 34-year-olds where cost per reach point is optimized when 24% of your TV budget is allocated to YouTube."

The playbook for success on YouTube has already been established. Create content people want to watch. Message matters more than production quality —doing the latter well will help your message.

YouTube is a media channel, and in my opinion, is the media channel you should be focusing on. Not having a YouTube strategy in your marketing plan is like playing basketball with only one shoe. You can play the game, but you will miss out on many opportunities to succeed.

What the Survey Says

All Eyes on Facebook Video, With a Little Help